A Mega-herd Visits the Valley Hide On Sunday morning we set off to the Valley Hide to see what the morning had install for our Mashatu guests.

On arrival to the hide, we saw very little sign of elephant activity in the valley. We did however, find a drag mark dotted with hyena tracks which led straight into the waterhole and out the other end. No sign of the kill, or the hyena though. We also noticed a large accumulation of Quelea droppings underneath the Shepherds Tree behind the hide. So with some hope that the morning could prove to be an exciting one we settled into the hide and began the wait.

An hour into the hide session, and not much activity had passed, apart from a few Golden-breasted Buntings, and the expected Red-billed Quelea flocks which where rapidly growing in size as the heat of the day was increasing. So we decided it was high time for a cup of tea, and as per usual once our hands and mouths where full with tea and rusks the action arrived.

This time it was not the usual herd of Elephant that we had been expecting, it was our reserves mega-herd of Eland! The herd is seen every now and then on the reserve, but usually from a distance, this skittish behaviour is typical of Eland. Keeping dead still we gave the herd leaders the confidence they needed to approach the waterhole and take the first sips, and the rest was history. The masses just kept on streaming in, the young, the old, the oddly shaped, we lost count at 87 but can confidently say that the herd consists of up to 100 individuals.

Yet another special wilderness experience was had from the underground hide. What a wonderful way to immerse one’s self in nature! 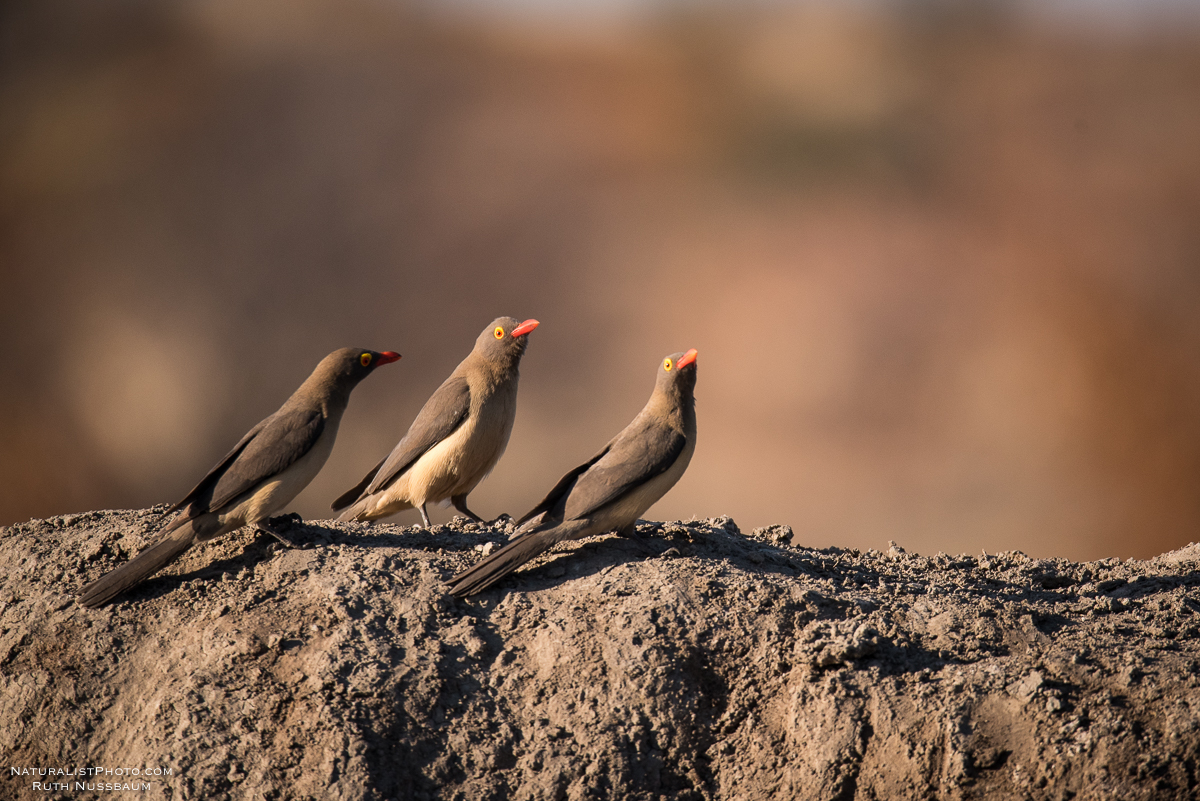 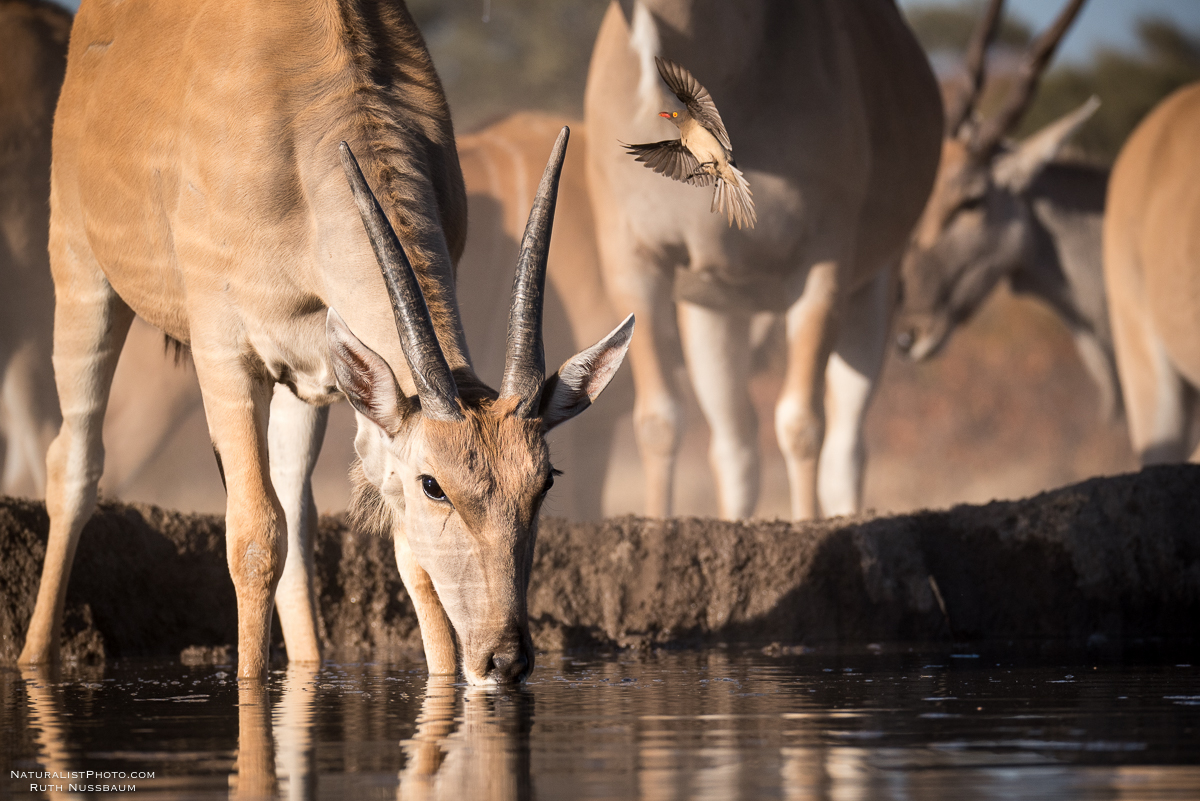 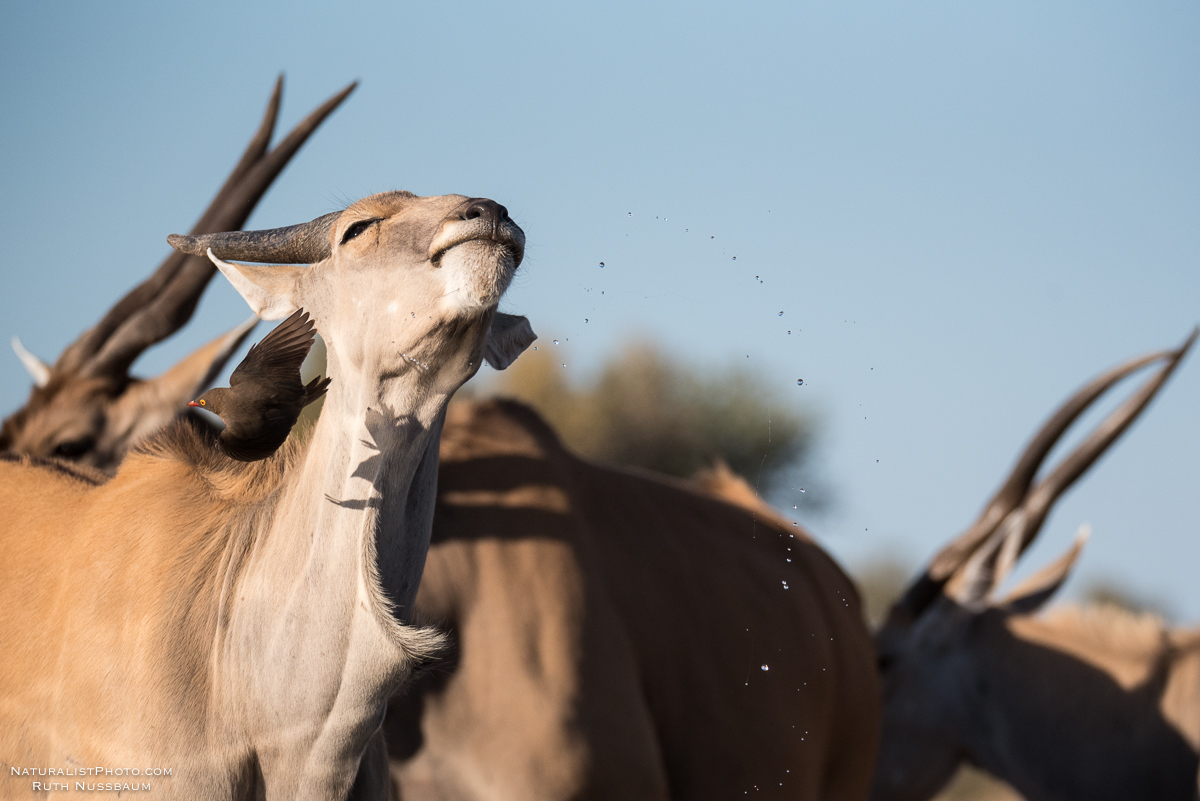 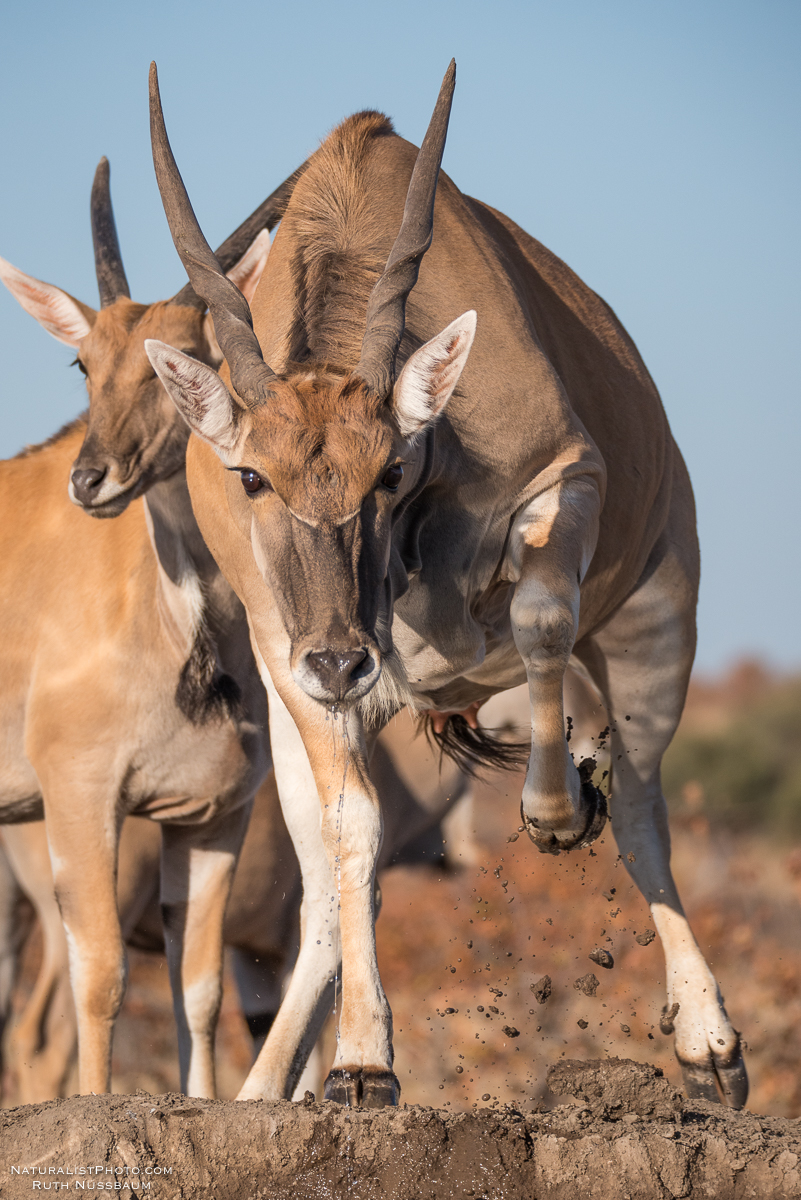 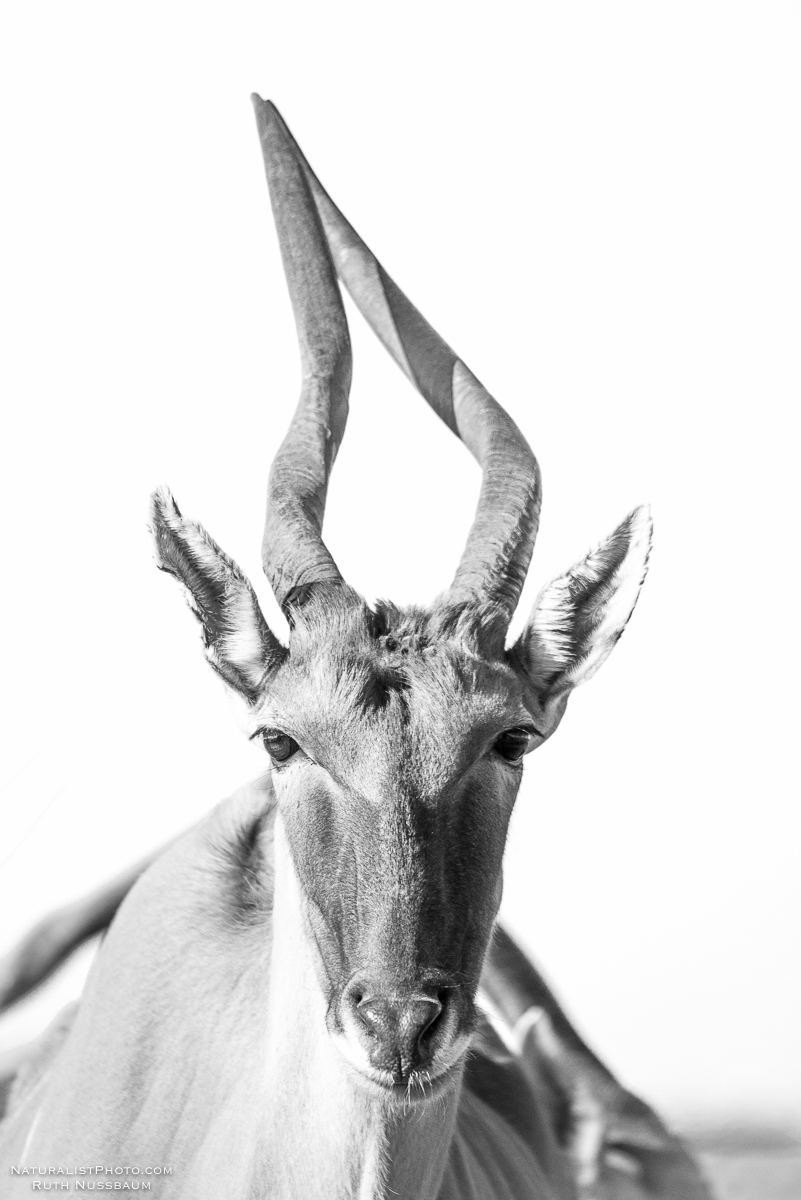 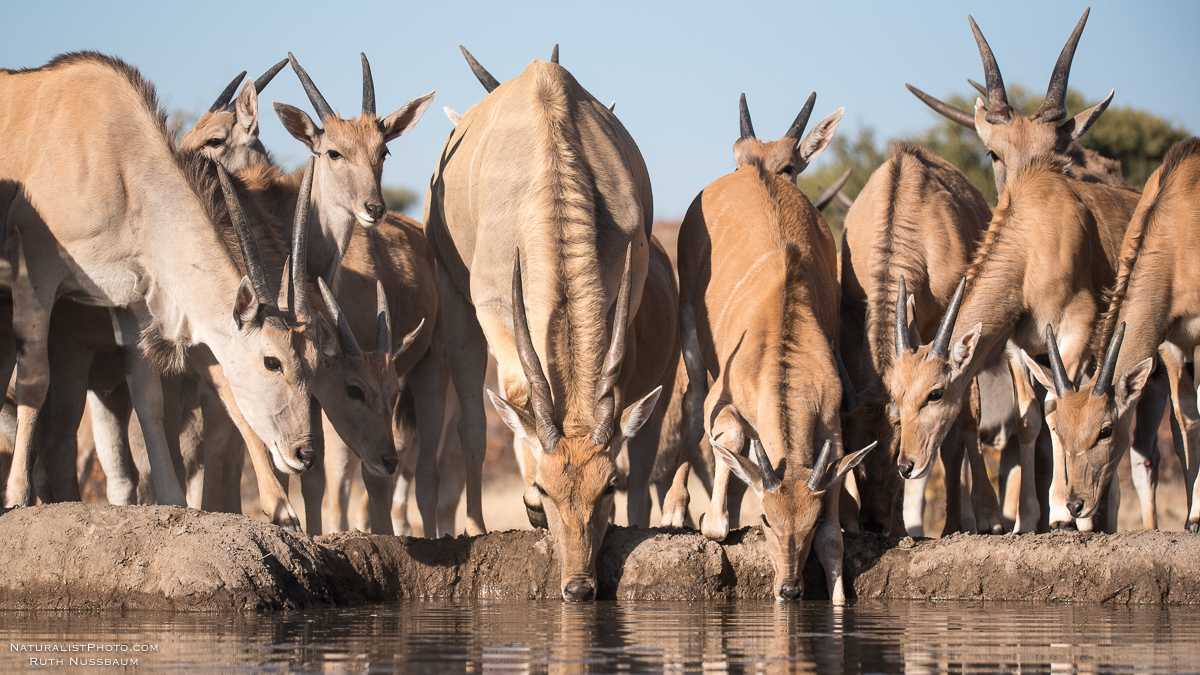 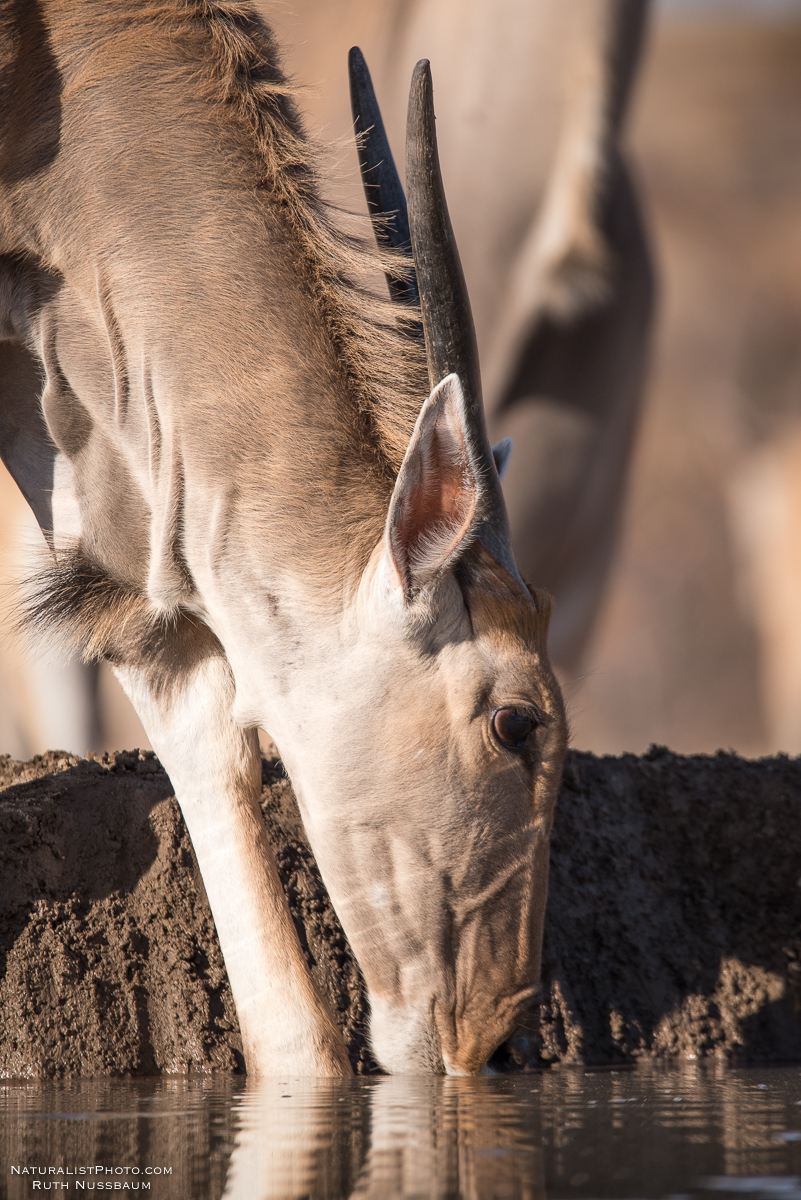